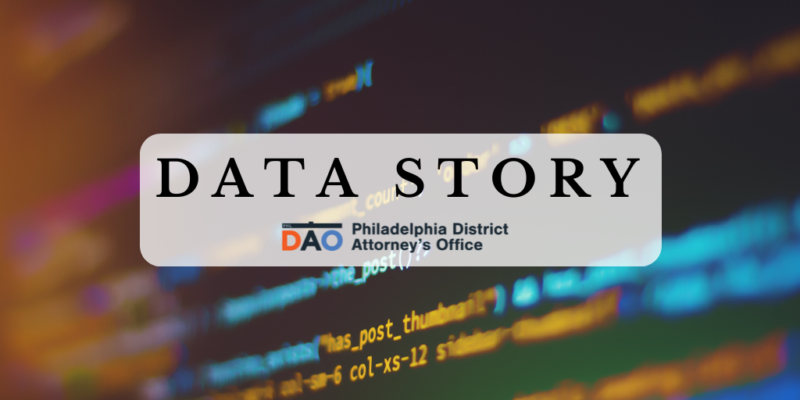 There have been 8,918 shootings in Philadelphia since 2015 that have not led to an arrest. This year alone, there have been 2,296 shootings, and police have made arrests in only 17% of those incidents. Even considering a longer time period, only about 1 in 5 shootings since 2015 has seen an arrest. For comparison, many scratch-off lottery games have higher odds than Philadelphia’s shooting arrest rate.

Philadelphia’s low shooting arrest rate means that 4 out of every 5 victims of gun violence — and their families — never see justice. When an arrest for a shooting is made and sufficient evidence is collected, the District Attorney’s Office files charges to seek justice for the victim and the public; that process cannot proceed unless police make an arrest.

Low arrest rates are not a new problem; the rates have been consistently low over the past several years. However, as the gun violence crisis has worsened in Philadelphia and nationwide, more people have been harmed by shootings and a lack of closure in their cases.

In a year when, on average, six Philadelphians have been shot each day, law enforcement should be prioritizing investigations for these most serious offenses. Unless we improve the low shooting arrest rate, the well-being of our communities and the legitimacy of the criminal legal system will continue to suffer.

Black Philadelphians are most harmed by the city’s gun violence crisis, and that harm to communities of color is compounded by low shooting arrest rates. There have been 7,483 shootings with Black victims that have not led to any arrests since 2015, almost 19x as many unsolved shootings with white victims.

Low shooting arrest rates are a racial justice issue: one third of shootings with white victims lead to arrest, while shootings with Black and Latinx victims have 20% and 22% arrest rates, respectively. These disparities mean that when victims of gun violence are people of color, victims and co-victims are less likely to see justice in their cases, and perpetrators of those violent acts are less likely to be held accountable than cases where shooting victims are white.

The lack of arrests in 4 out of every 5 shootings signifies that the city has failed to disrupt cycles of violence and trauma that plague many Philadelphia communities, especially Black communities. Communities of color are simultaneously over-policed and under-policed: despite a heavy police presence in majority-Black neighborhoods, many feel that the police are unable to protect them. Law enforcement should focus on improving shooting arrest rates to bring justice to victims, restore trust in government institutions, and reduce racial disparities.

Potential solutions: What can be done?

In Boston, an intervention to improve homicide arrest rates included organizational change to prioritize detective capacity, more dedicated staff for victim/witness support, and an increased emphasis on forensic testing of evidence. There have been reports of the Philadelphia Police Department creating a new non-fatal shooting unit to expand investigator capacity and increase shooting arrest rates.

While organizational change and new technology can be costly, some potential solutions are simpler: for example, using checklists can lead to more comprehensive and successful shooting investigations. A systemwide commitment to prioritizing violent crime and improving shooting arrest rates is necessary, and the District Attorney’s Office is here to support that effort.