PHILADELPHIA (December 15, 2021) – The Philadelphia District Attorney’s Transparency Analytics (DATA) Lab this week completed a technological update that will improve accuracy of information about crime and justice in Philadelphia for the benefit of law enforcement and criminal legal system partners, legislators and policymakers, and members of the media, academia, and the public. This update also provides previously unreported information about arrests for illegal gun possession in Philadelphia.

However, there were two main trade-offs for maintaining uniformity with PPD classifications:

Earlier this year, Philadelphia Police stopped using UCR classifications for offenses and transitioned to using National Incident-Based Reporting System (NIBRS) classifications — a welcome development that should bring Philadelphia crime data reporting into greater alignment with most major jurisdictions, helping to inform a clearer understanding of crime in the United States. This update to Philadelphia Police criminal incident and arrest reporting presented an opportunity for the DAO to also update criminal case data reporting.

In addition to greater data accuracy about arrests and charges, the DAO Dashboard update provides more refined data about criminal cases. For example, offenses such as Attempted Homicide, Strangulation, and Ethnic Intimidation are not UCR categories, and therefore did not appear on the previous version of the Dashboard. The DAO Dashboard now includes these additional offense categories:

Illegal Firearm Possession has now been broken out into four categories:

The DAO Dashboard now presents gun violence data much more accurately by breaking out the different types of homicide and shootings, allowing the public to see how shooting homicides, non-shooting homicides, and non-fatal shootings have changed over time. 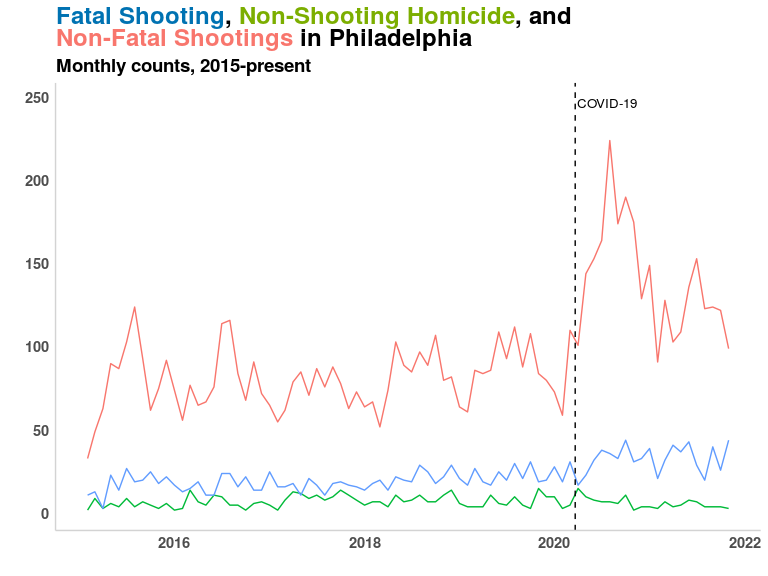 These updates make it possible to see that the recent, highly reported rise in illegal gun possession arrests and cases in Philadelphia has largely been for gun possession without a license, rather than possession by prohibited persons: 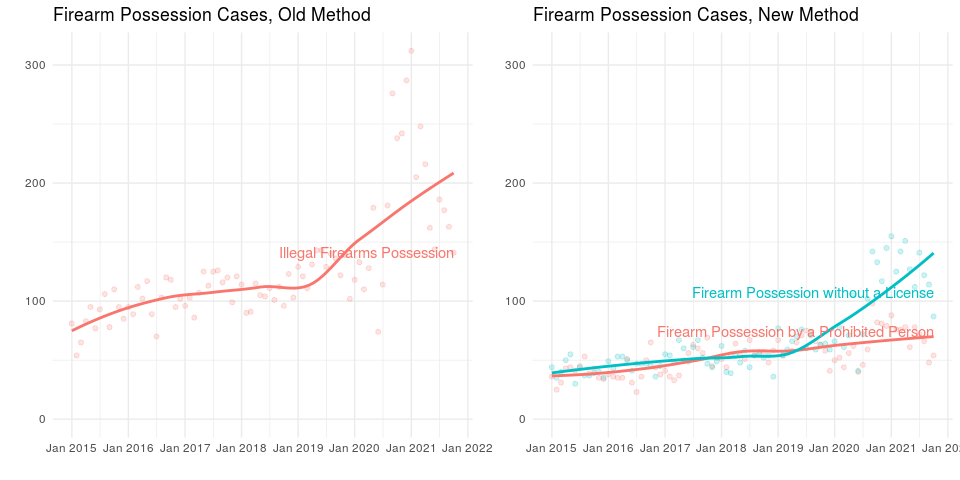 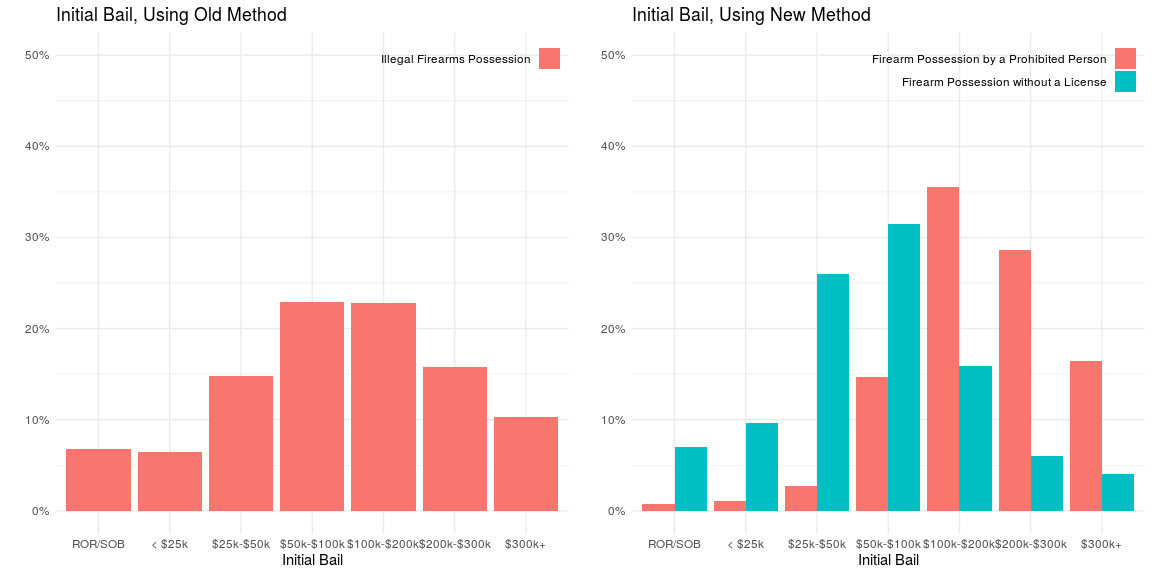 For more details on the DAO Dashboard update, including improvements in the accuracy of drug offenses data, see this DAO Data Story. To receive monthly crime data for homicides, non-fatal shootings, and other serious offenses, sign up for our Justice Journal newsletter.